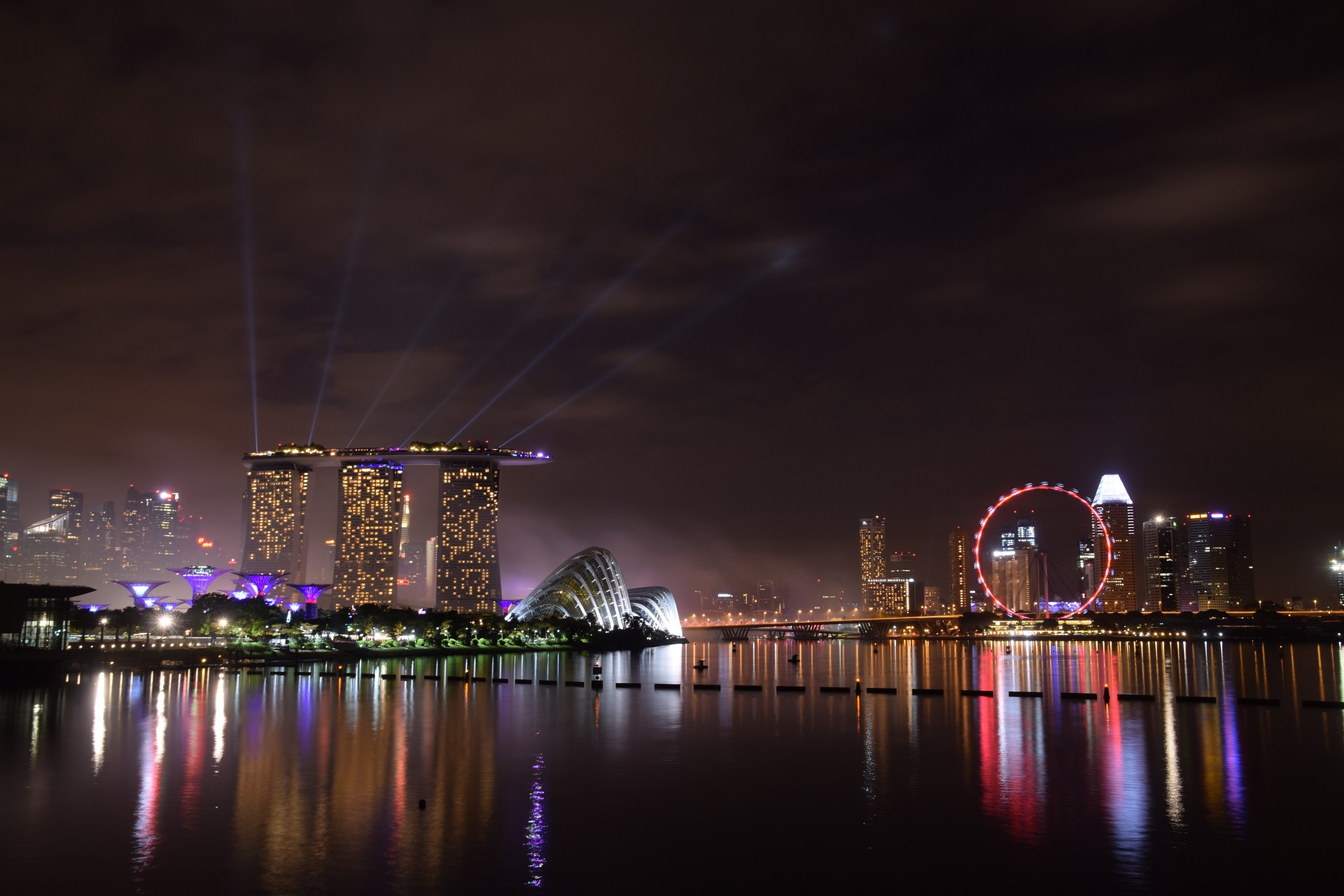 City of Quantified Visions will be the curatorial theme of the Urban Media Art Academy in Singapore. In a 4-days program we will explore Singapore as one of the world’s ‘smartest’ cities today with advanced technologies of surveillance and tracking functionalities implemented across the island city-state. The computational infrastructure of intelligent cameras and sensors is mirrored in intense urban media aesthetics of light and celebration in this competitive urban context, growing fast in size, resolution and computational complexity while contributing to quantifying the quality and spatial feel at a street level. But do the visions of seamless government and celebratory aesthetics behind Singapore’s urban blueprint also stimulate initiative, participation and engagement at the human scale, from the bottom-up?

In a lab+lectures program and field trips we examine the urban visions reflected in Singapore’s urban media aesthetic environments and ask: how can we identify different urban visions in urban art and aesthetics, and how can they co-exist? How do these visions translate into experience at street level, and how do they affect human behavior?

The Academy program will combine learning on urban media art histories, urban theory, curatorial inquiries and criticality as well as ‘knowledge from the field’ via conversations with professionals. It will introduce participants to methods of artistic research, concept development and artwork proposals for creative city making.

Henriette Steiner and Kristin Veel, “Smart Complexity?” in What Urban Media Art Can Do: Why When Where & How. Stuttgart: av edition, 2016.

Mark Shepard, “Predictive Geographies,” in What Urban Media Art Can Do: Why When Where & How. Stuttgart: av edition, 2016.

Vilém Flusser, “Towards a Philosophy of Photography.”

Movie: Digital Medicine, Arts, + STEAM: Before Us Lies Eternerdy
The awarded movie “Digital Medicine, Arts, and STEAM: BEFORE US LIES ETERNERDY” shows different scales of the human body, from digitized microscopic lymphoma tissue examined with the molecular cytogenetic technique Fluorescent in situ hybridization (FISH) to detect abnormal changes in DNA, to 3-D reconstructions of a liver as well as a whole-body MRI. It was produced in 2D for the 15:2 meter video wall Media Art Nexus and simultaneously in stereoscopic 3D for the Deep Space 8k at Ars Electronica Center.
Industry Award for Best Infographic at Raw Science Film Festival 2019

Project: The Emote Project
The Emote Project is ongoing research which tries to establish a more tangible triad between art, learning, and science with the aim to investigate if music/visual art could facilitate learning in an abstract/ambiguous situation.

Experimental Series Animated in Real-Time
A permanent exhibition of experimental animation on display daily at the Media Art Nexus consists of a series of six experimental pieces  made with audio reactive real-time animation software.

Project: LOL (Vivid Sydney 2014)
LOL is an interactive installation that invites you to simply laugh out loud in public, together with everyone else, in a loop of contagious collective joy.

Project: Solstice LAMP (Vivid Sydney 2013)
Solstice LAMP consisted of an interactive light and sound installation transforming the AMP Building at Sydney Cove into a giant urban musical instrument. The installation built on the notion of transformation: from amorphous existence into life, from silence into melody, from crisis into creativity, from the forecourt of a large financial corporation into a lively stage for collective play.

Project: The Dash Wall (2018)
Part of the Footbridge Gallery at the University of Sydney campus, an ongoing digital placemaking project I am the Curator and Lead Designer of.

From the Singapore program you will:

After the program all participants will submit a text (max 600-800 words) in English, which will present your analysis and perspective on Singapore as a context for urban media art. Your answer to the question posed in the call for this academy: What can urban media art do for Singapore? was an initial exercise for this text, and you may want to build on your reflections submitted here.

Your illustrated text should address the following:

After feedback and evaluation (pass/no pass) based on the above guidelines and demonstration of the acquired learning goals, your texts will be edited and combined in an Academy report on Singapore summing up our investigations and findings during this program.

The program is open to students, artists, designers, architects, creatives, city-makers, architects and others with interest in urban media art and what it can do for the city of Singapore. Registered participants will receive a certificate upon completion.

The Urban Media Art Academy is supported by the Goethe-Institut Singapore and co-hosted by the School of  Art, Design and Media and the National Gallery Singapore and co-funded in the framework of Future DiverCities and the European Union, Creative Europe Program.